03 Jul Water Management in Serbia: What Does it Take?

Posted at 02:51h in European integration, Water by Asja 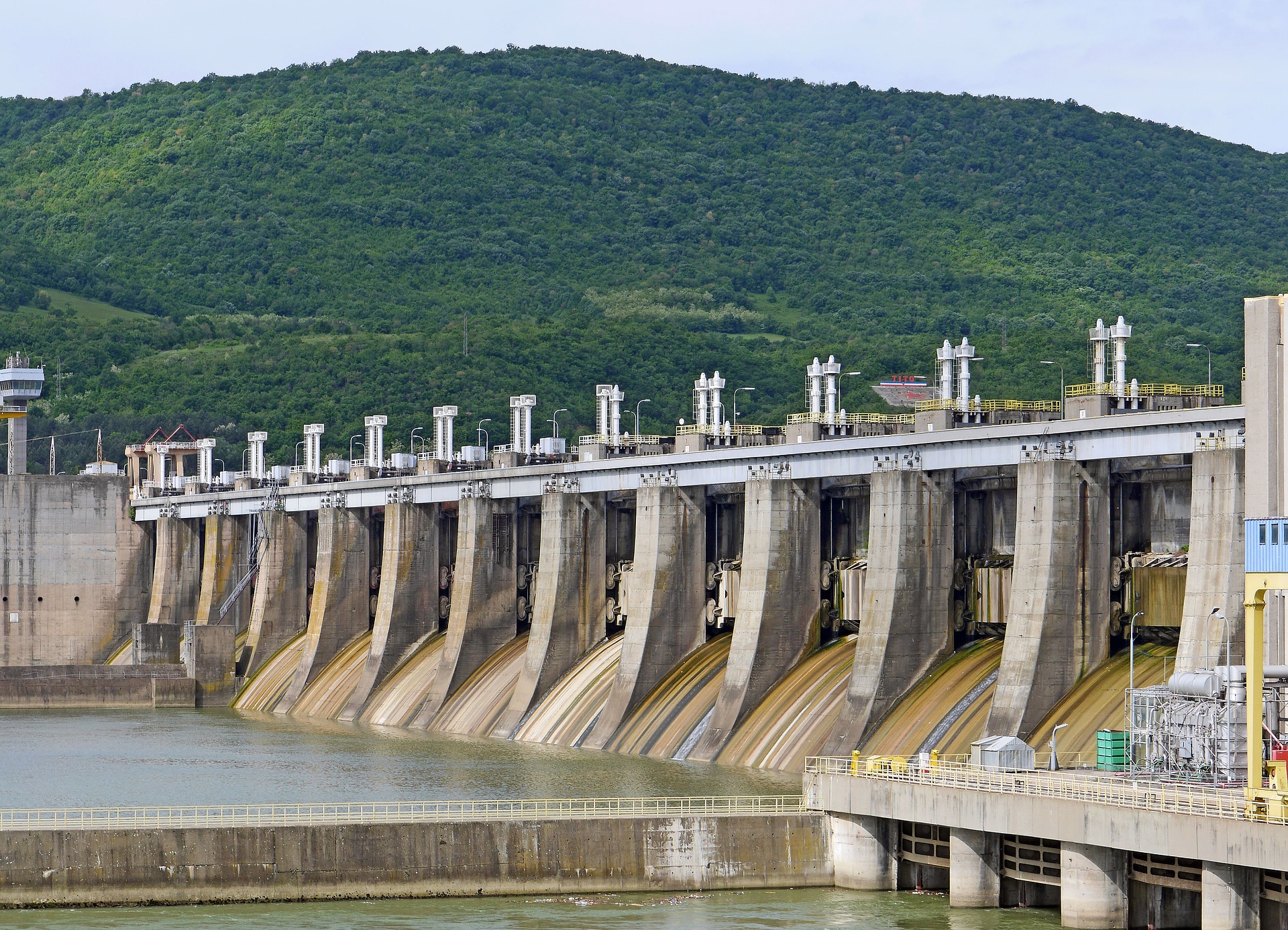 “Water is something we talk about when we’re facing droughts, floods, dying fish, or pollution. We’re not thinking about the water in everyday situations. When water makes it to the media, then we get involved a little bit, but at the end of the day, water always ends up sidelined.”

With this remark, biologist Duška Dimović from the World Wildlife Fund (WWF) opened the discussion about some of the most important issues related to water management in Serbia. On Danube Day, celebrated on 29 June, this topic gathered the expert from the state, scientific, and civil sector, as well as the European Union representatives. The meeting point was a webinar organized by the EU Info Center in Serbia. “Water, which is de facto life, never gets enough attention – in politics, economy, or the mainstream audience,” Dimović added.

In Europe, on the other hand, plans concerning waters are made decades ahead – and they are pretty ambitious. Some of the goals of the European Union include turning 30% of European land in protected areas, returning more than 25,000km of rivers to their natural flow, reducing the use of pesticides by 50% by 2030, as well as planting 3billion trees.

Is Serbia ready to become a part of the European Green Plan? EU representatives believe we shouldn’t waste time having second thoughts.

“The engagement of Western Balkans in achieving these goals could help the economy and create new jobs,” Antoine Avignon from EU Delegation pointed out. “Western Balkans are facing a great opportunity to take a step forward to innovative technologies.”

Where to start with all these ambitions?

The universal solution – or at least a start to it – comes down to the EU Water Framework Directives. These directives contain specific directives for the state, civil, and business sector, allowing them to organize their policies and practices around the goal of preserving water and coastal ecosystems.

Participants of the discussions laid out their perspectives related to the urgent problems and best solutions in the water management sector in Serbia.

The advisor on the twinning project of EU and Serbia „Support to Policy Planning in the Water Management Sector,” Stephan von Keitz, agreed with the introductory remark.

“In fact, the daily problems, in terms of eutrophication, too many nutrients, too much pollution, they also play a very important role. Therefore, it’s important that we know enough about the so-called status of the environment. This status can only be reflected properly by proper monitoring, and that is one of the things we’re doing in this twinning project,” he explained.

Last year in September, more than 20 experts from Germany and Serbia traveled the whole country to assess the work of 15 sites for monitoring biological and biochemical status, as well as hydromorphology. The gathered data will be integrated into a River Basins Management Plan, along with data from other sources, such as the Agency for the Environmental Protection, Institute for Hydrogeology, and various water management institutions and services.

The existing results are already published on the project website and they are fully available to the public. The River Basins Management Plan will be complete by the end of 2020, and it will be published on the website of the Republic Direction for Waters. Von Keitz also pointed out the importance of transparency when it comes to informing the public about the status of waters.

„Public involvement is an important issue, it’s the basis of civil society and democracy. I think it’s good to have the opportunity to discuss things, to raise a voice, and to get involved,” he concluded.

Monitoring the status of waters, as well as the implementation of the various directives and laws, largely depends on human capacities in monitoring bodies. For example, in the water management sector, the entire territory of Serbia is covered by 25 inspectors – 17 in central Serbia, 5 in Vojvodina, and 3 in Belgrade. This will turn into a serious issue when the process of integrations required by Chapter 27 takes off.

“There is a wide range of issues – I always start with water supply as the most important category, because access to healthy drinking water is an absolute priority for all of us. We have to ensure proper water supply, but we also need to take all the necessary precautions to prevent and minimize the possibility of floods and related damages. We’ve witnessed the recurrence of floods a few days ago in all parts of Serbia,” says acting director of Republic Direction for Waters, Nataša Milić.

“Simultaneously with the Plan of water management on the territory of the Republic of Serbia, we’re working on a Plan of Flood Risk Management. It will enable us to prevent these disasters and recognize the risks in the early stages, with more efficient defenses and minimal damage,” she added.

Despite pointing out that access to healthy drinking water is one of the priorities for her institution, Milić did not have a specific answer to the question of how much longer the wastewaters in Serbia would be discharged directly into rivers. She said Chapter 27 would set final deadlines.

„There is a certain dynamic, but we’re asking for extended deadlines,” she concluded. She also announced the Plan for Water Management would be adopted by the end of 2021, marking it as the “important year for public discussion.”

On the other hand, dr Momir Paunović from the Institute for biological research „Siniša Stanković“ believes that the greatest danger for waters in Serbia are hydromorphological pressures – ironically, often embodied in large state infrastructural projects. These pressures include mass treatment and exploitation of gravel, as well as the accelerated construction of the dams, riverbanks, and various objects such as mini-hydropower plants.

“These changes have tremendous effects on water ecosystems. When we’re talking about water ecosystems, we’re not talking only about biodiversity, although this is one of the priorities of us scientists and one of the things we monitor. But ecosystems are intertwined with all these pressures, and if we succumb to them, the water becomes unusable. Defense lines need to exist, but we have to discuss how to build them without destroying parts of the ecosystem,” Paunović warned.

When it comes to increased mini-hydropower plants construction, which has been a hot topic in Serbia for the last few years, Momirović believes they don’t necessarily have a negative effect on the ecosystem and biodiversity. However, he said it was “insane” to build such objects in protected areas, since their environmental value and importance are clearly measurable. He invited both the state and business sector to include experts in decision-making process.

Yet, is it possible to ensure these decisions would be made in good faith, following expert opinions?

“The mere fact that mini-hydropower plants are subsidized by the state is enough to conclude that the business sector is exerting pressure on the state. This is why we, as a civil society, have to start doing the same thing and focus on this pressure,” says Srđan Stanković, founder of the association Supernatural.

He expressed belief that, while some state institutions in Serbia understand the role of civil society, an overwhelming number of them does not understand that the strong civil sector is one of the foundations of a functional democratic society. However, he admitted that the influence of the civil sector also depended on the focus various citizen associations could put on specific topics. This focus is often weakened by the lack of finances and project-based funding. However, there are also good examples of networking that result in greater capacity and stronger focus.

“One of the good examples is definitely Coalition 27 (Young researchers of Serbia are its member). In Serbia, that is maybe the best example of organizing experts and serious civil society organizations that are very focused and systematic in their approach to solving specific issues. This is what the rest of the Serbian civil sector lacks, organization and cooperation when it comes to priorities,” Stanković concluded.

Addressing Milić’s comment about the lack of workforce in state institutions ahead of incoming water management projects, Stanković suggested that these capacities should include experts from the relevant civil society organizations.

Water management is a sector that requires cooperation, understanding and networking of all sectors and parts of society. Through discussion, it is clear that the state and civil sector, as well as the experts, often have entirely different views on priorities and the most effective solutions on the road to the same goal.

One of the solutions comes with the ECO SYSTEM programme – through encouraging networking and strengthening capacities of civil society organizations in the process of reforms outlined in Chapter 27. An important part of this chapter is water management, as well as all the other areas concerning environmental protection. Do you want to contribute to a cleaner, healthier environment in Serbia? You have an amazing idea, an organization, but you lack the funds? Register for our newsletter and we’ll inform you about our activities and grants ECO SYSTEM will allocate in 2021 and 2022.