Women and the environment

14 May Women and the environment 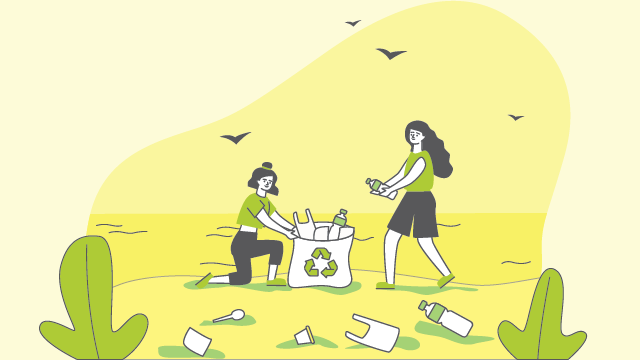 Women play a key role in environmental reforms, battle against climate change, and the process of sustainable development.

Building foundations for gender-sensitive planning in the environmental sector is one of the most important topics for Serbia in the European Union accession process, which includes Chapter 27.

Through its activities, the ECO-SYSTEM programme will promote active participation of women in the environmental sector and create conditions to incorporate a gender perspective in formulating environmental policies.

Why is the focus on women?

Research conducted by the United Nations has shown that women are disproportionately affected by climate change-related disasters. At the same time, women have a more positive and proactive attitude about activities focused on environmental protection and mitigating climate change. Women carry the brunt of responsibility for natural resources all over the world. Considering their unique role in society, women possess the knowledge and experience required to significantly contribute to environmental protection through sustainable development. ECO SYSTEM women-related activities will focus on the following:

Greater representation and participation of women in creating environmental policies and all levels of decision-making process. Greater visibility of women’s role and contributions in the environmental sector and reforms comprising Chapter 27. Greater involvement and empowerment of women in the spheres of green economy and sustainable development.

Why Women’s Rights Are Important for the Environment

Does nurturing gender equality lead to a healthier and greener environment? Initially, it may seem like women’s rights and sustainable......

Women and the environment

14 May Why Women’s Rights Are Important for the Environment

Posted at 00:10h in Women and the environment by Ivana

Does nurturing gender equality lead to a healthier and greener environment? Initially, it may seem like women’s rights and sustainable development have nothing in common. However, in practice, it turns out these two areas are deeply intertwined. In fact, we can even say that the history of green activism has been marked by women’s emancipation – from the local to the international level.

Let’s start with the current situation. In the times of great crisis, such as the covid-19 pandemic, women are the first line of defense. They comprise two-thirds of the healthcare and social services sector, and at the same time, they still have a leading role in their households. In these spheres of life, women are constantly in touch with the most vulnerable and often invisible social groups and issues. This is precisely what gives particular weight and nuance to women’s perspective in social activism.

The story of Malawi farmers

The experience from Malawi serves as the best example of the importance of women’s perspective in dealing with environmental issues. As part of the project designed to reduce deforestation, men in one local community were taught to farm and harvest vanilla, as an alternative to harvesting trees. After several bad harvests, it became clear that the plan did not work. Why?

Traditionally, women had been in charge of small-scale agriculture in this community. Considering this, men quickly transferred the burden of this work to women, who already had a regular workload in the fields, unable to achieve more than that. So, the project with plenty of potential came to naught because the entire half of one community was simply ignored in the process of fundamental reforms.

Thinking about gender when implementing conservation projects is not only beneficial for the environment, it also protects the women. Each project will impact men and women differently,” Kame Westerman, advisor for gender and conservation in Conservation International told DW.

However, it would be wrong to assume that women are always on the sidelines of these situations. Precisely in these traditional societies and rural areas, women have been pioneers in the battle for greater protection of the environment.

From Vandana Shiva to Jenna Jambeck

In the 1970s, women lead by Indian physicist and ecologist Vandana Shiva, organized a large-scale action to save the forests on the slopes of Himalayas, endangered by the corporate interests and uncontrolled deforestation. Self-organizing, solidarity and local perspective have been the foundation of the Chipko movement formed by these women. A million new trees planted in the Himalayas region Uttar Pradesh in India serve as a glorious monument to their activism.

Another gleaming example of women’s activism in the environmental sector is Wangari Maathai, a renowned environmentalist, and winner of the Nobel Peace prize in 2004. In the 1970s, she founded the Green Belt movement in Kenya. Its members have planted more than 30 million trees all over this African country. This small revolution hasn’t only been a victory for a greener planet, but it has also served as a powerful generator for the emancipation and networking of the women in rural areas of Africa. Her battle for greener Africa has also been the battle for democracy and justice.

Rachel Carlson’s scientific legacy also showcases the deep connection between environmental protection and women’s voice in the public debate. The research of this biologist and conservationist, conducted in the 1960s, has been the subject of attacks, ridicule, and ignoring – a typical treatment of women in the scientific circles of that era. Yet, her book Silent Spring eventually reshaped the way the Americans think about pesticides and nature. She created a lasting legacy and hard-won the place for women in the scientific circles.

In Russia, a scientist Olga Speranskaja worked hard to connect the organizations of civil society from Eastern Europe, Central Asia, and the Caucasus. Their joint efforts contributed to the identification and elimination of numerous landfills of chemical waste created by the Soviet Union. These initiatives played a vital role in ratifying the Stockholm convention, which significantly reduced chemical pollution in signee countries.

In recent years, doctor Jenna Jambeck helped oceans turn blue thanks to her application Marine Debris Tracker. Using this app, thousands of users from all over the world can signal locations with inland and marine plastic debris. So far, this project contributed to locating around a million tonnes of waste in the oceans.

Everything starts in local community

While these amazing victories enabled women to have their voices heard across the entire planet, it is also important to understand that the success of women’s activism has always stemmed from its local character. Magic happens when we change small things – day by day, life by life.

After a great hurricane in Honduras in 1998, women from the Garifuna community organized numerous actions to help people in need. This led to the establishment of the Garifuna Emergency Committee of Honduras. In the years to come, they have managed to recover river basins in Guadalupe and Trujillo, reforest waterfronts, and recuperate fruit trees like coconut palms. Reforestation, growing crops without pesticides, teaching agriculture to local communities, and preserving the culture of Garifuna in time became regular activities of this organization.

In Serbia, women from the Safe House in Sombor gathered with two common goals – to support each other on the road to new, independent life, and to help the environment in the process. They sew and make reusable protective facemasks. Another example of a small eco-business is Eco Bag, which employs typically discriminated workforce – women older than 45. They recycle PVC materials for billboards, which take up to 1500 to decompose in nature. Final products include bags, wallets, boxes, etc.

The fight goes on

Despite an amazing legacy of women in environmental activism, it took decades to look at some of the common issues from the women’s perspective. This is how the United Nations added gender equality as the fifth goal of sustainable development, seeing women’s participation in the decision making process as a foundation of peaceful, prosperous, sustainable world.

A society that takes into account women and their specific perspective is a society that is predisposed for success in the battle against climate change. This kind of society is more humane, flexible, and aware of the importance of solidarity and local initiative.

By 2022, women and the environment will be one of the special focuses of the ECO SYSTEM programme, which will promote the European Union’s environmental acquis and its adoption in Serbia. If you were inspired by any of these stories and have an idea about advancing women’s rights and environmental reforms in Serbia, keep an eye on our upcoming grants for civil society organization projects that will help you turn a great idea into reality!